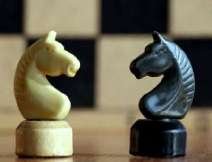 The relationship between the West and the administration of President Ilham Aliyev has sharply deteriorated on the eve of parliamentary elections in Azerbaijan to be held on November 1.

The fundamental problem of the Azerbaijani-Western relations of recent three years is the pressure civil society and the political prisoners, whose number has been growing significantly since the presidential elections in 2013. President Aliyev periodically returns to this subject, and at every opportunity he accuses the West of the attempt to overthrow him and destabilize the regime in Azerbaijan. Last time such attack was made at a government meeting on September 8.

The United States, European Union, Council of Europe, OSCE reject these unfounded charges and urge the authorities to comply with international obligations, in particular in the field of human rights and freedoms.

Over the past year and a half, beginning from the arrest of the journalist Rauf Mirkadyrov and civic activists Leyla and Arif Yunus, began a new round of confrontation in the relations of Baku with the western partners, as previously only in the sphere of civil society. It does not affect the regional economic projects and stability.

Along with the criticism of domestic policy of Aliyev's administration, the European Union and the United States at every opportunity mention the strategic role of Azerbaijan in regional transport and energy hyperprojects, including projects of the pipeline network, as well as rail and maritime logistics "Silk Road". As it can be seen from the actions of the European and American partners, the stability of the regime in Azerbaijan is still a top priority for Washington and Brussels.

The latest statement of the OSCE Office for Democratic Institutions and Human Rights (ODIHR and the US refusal to monitor the parliamentary elections in Azerbaijan, challenging resolution of the European Parliament, as well as an aggressive response of Baku indicate only one thing - the parliamentary elections in Azerbaijan will have a technical nature, like the 2008, and will allow   Aliyev's administration to hold elections in the right way with the planned results.

Based on the actions of the West and the official Baku it can be assumed that he next scenario could develop according to the Belarusian scenario, when President Alexander Lukashenko held a presidential election- 2010 and then parliamentary elections-2012  according to his own scenario, despite the obstruction and some temporary isolation of his regime. In the end, it  resulted in the release of political prisoners, weakening of freedom and  the increase of economic cooperation between the  EU Member States and Belarus. In principle, the same scenario,  now performed by Aliyev, would not be bad for parties, which are mostly  concerned with the problem of stability for the mega-projects under the economic crisis, the events in Ukraine, Syria and others.

It is not excluded that Parliament’s face will be renewed a little, and  its wrinkles will smooth the introduction by the Milli Majlis of some representatives of the expert community and the opposition, which have not been represented in the legal system for more than five years. Before and after the vote, should come the  release of political prisoners, what will be discussed in Brussels as a good forerunner for the resumption of dialogue on the strategic partnership agreement, the signing of which is delayed over and over again  because of regional instability, or misunderstanding  between the parties in the field of values.

Of course, it will be some "fly in the ointment" in the form of another resolution on the undemocratic electoral process, but it will be informal assessment, which will not make significant corrections to further pragmatic EU-Azerbaijan relations.