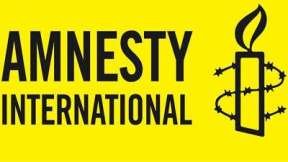 Freedom of expression is under sustained and severe attack in Azerbaijan in the run up to next month’s parliamentary elections, Amnesty International said today after two of its staff were stopped at the border and deported.

Immigration officials retained the passports of two Amnesty International delegates, both Georgian nationals, after they flew into the capital Baku on Wednesday morning and deported them hours later. Amnesty International had informed the authorities well in advance of their upcoming visit but never received a reply.

"There is simply no real chance of people being able to take part meaningfully in elections while the human rights crackdown continues and Azerbaijan’s few independent voices are being silenced,” John Dalhusien, and Central Asia said.

"What other dark secrets are the Azerbaijani authorities trying to conceal from the outside world before the parliamentary election?”

"The deportation of our staff adds to a sad litany of journalists and human rights defenders being targeted, detained and jailed simply for carrying out their work. There is no let-up in the government’s repressive campaign to stifle all criticism and dissent.”

In June this year Amnesty International staff were barred from entering Azerbaijan just a day before a planned visit in the run up to the European Games, which Baku hosted.

Last month election monitors from the Organisation for Security and Cooperation in Europe (OSCE) cancelled their plans to observe the election on 1 November after the authorities placed too many restrictions on them. It will be the first election the OSCE will not monitor in oil-rich Azerbaijan since it gained its independence in 1991 after the Soviet Union collapsed.

In a further sign of the severity of the human rights situation, the Council of Europe, Europe’s main human rights body, announced today it is withdrawing its representative from the joint working group on human rights in Azerbaijan. The group had been tasked with reviving dialogue between the authorities and civil society.

There are at least 20 prisoners of conscience in Azerbaijan, locked up for criticizing or challenging the authorities. They have been convicted on spurious charges ranging from fraud and tax evasion, to drugs possession, hooliganism and in some cases even treason.

Many other activists and campaigners have fled the country, while those who remain are often too fearful, because of threats to themselves or their families, to speak out against human rights violations committed by the authorities.

Independent media is now almost non-existent, while newspapers and television stations owned or controlled by the government are used to smear critics. This allows abuses by the authorities to go unchecked.