Interior Ministry and Prosecutor’s Office: they want to create an Islamic state in Nardaran 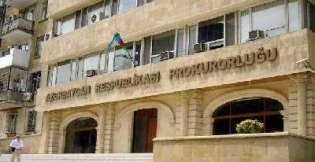 The Ministry of Internal Affairs and Prosecutor General's Office issued a statement in connection with today's events in the village of Nardaran (30 km north of Baku.) "The armed radical Islamic groups are preparing a series of provocations, terrorist attacks and riots. In order to neutralize this group, the Interior Ministry has taken the necessary measures," reads the statement.

"It was found that Thale Bagirov, Elman Agayev, Zulfuqar Mikyailov and Abulfaz Bunyadov are planning violent change of the constitutional system and the introduction of Sharia norms in the country. To this end, they created a movement called "Muslim unity".

They began to gain adherents from Baku and the regions of the country and to supply them with weapons and explosives ", - the report says.

The group held in Nardaran illegal meetings, discussing the organization of acts of disobedience to the authorities and distributing leaflets to the public. In addition, was defined a list of state officials and attacks were prepared against them, says the Interior Ministry and Prosecutor's Office.

In order to neutralize these persons on November 26 in Nardaran was conducted an operation, during which it was armed resistance from the machine and a grenade was thrown. As a result of retaliatory fire, four men who opened fire on the policemen, were killed,  and several wounded. At the same time, two policemen were killed, the report said.

They arrested 14 people, including Thale Bagirov. Prosecutor General's Office filed a lawsuit. Measures are being taken to detain other members of the movement, the report says.