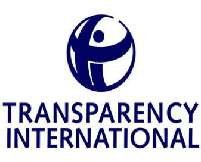 The defense sector of Azerbaijan has faced with "a very high risk of corruption." This is evidenced by the new "anti-corruption index governments in the field of defense", drawn up in the framework of the defense and security organization Transparency International.

The level of readiness of 128 countries against corruption is estimated at 77 on the scale from A (lowest risk) to F (crisis risk).

Azerbaijan is estimated at E, thus becoming one of the countries in Europe with a "very high risk of corruption."

Recent reforms - the adoption of the National Plan against Corruption 2012 - 2015 and the dismissal of senior military officials have not yielded significant results.

Accountability of senior officials remains at a very low level, and the parliament does not have a strong possibility of control over defense spending and policy.

Azerbaijan's military expenses increased by 27% in 2015, but the expenditure of these funds is not transparent.

Parliament plays a small role in the planning of defense spending and the military budget is not subject to internal and external audit.

NATO should declare openly that a country for the protection of which it is responsible shall be of high democratic standards and shall be prepared to deal with the problem of corruption, which is of great significance for international security, the Director of the defense and security program of Transparency International Catherine Dixon said.

In the Group A, the UK leads with a high index, exposing corruption.

In Group B there are the US, Germany and the Netherlands, in Group D - Portugal, Ukraine and Turkey, in Group E - Azerbaijan, Afghanistan and Uzbekistan.

Research carried out by Manchester University: There is high risk of revolution in Azerbaijan