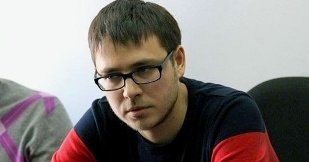 The Spiritual Administration of Muslims (SAM) for Dagestan has decided to take advantage of the weakening of the Salafi community to take control over all the mosques in Dagestan. This opinion was expressed by experts interviewed by the "Caucasian Knot".

On November 20, a conflict occurred around the Salafi mosque in Kotrov Street after the Muftiyat had decided to appoint Daud Tumalaev the Imam of the mosque, although his candidacy had been agreed with the members of the community. Then, instead of him, Magomedrasul Saaduev, Imam of the central mosque of Makhachkala, was appointed. However, the Salafis also did not treat him as a compromise figure.

On December 3, the mosque still remains blocked by the police, mosque-goers report.

In her turn, Fatina Ubaidatova, the chief of the press service of the Dagestani Ministry of Internal Affairs (MIA), has reported that "the number of the MIA's duties does not include the closure of mosques."

Violation of the rights to freedom of conscience and religion is a criminal offense. This was reminded by Magomed Magomedov, a correspondent of the newspaper "Chernovik" (Draft).

The attempt to capture the mosque was undertaken at the initiative of the Dagestani SAM. This opinion was expressed by Islamic scholar Rinat Mukhametov, Candidate of Political Sciences. According to him, the Dagestani SAM and officials "are going to get control over all the Salafi mosques in Dagestan."

At the "roundtable" held in Moscow on November 27, the experts declared that the conflict around the change of Imams at Salafi mosques in Dagestan threatens with radicalization of young people.