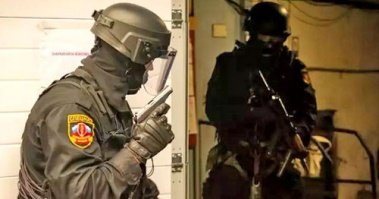 The Salafi community in Dagestan feels a constant threat from law enforcement bodies, the parishioners of Salafi mosques told the edition named "Meduza". In their opinion, putting Salafis on police records allows power agents to extort bribes, while regular special operations in mosques – to have career promotions.

The "Caucasian Knot" has reported about the conflict escalated recently of Dagestan authorities with the Salafi community. Since the start of 2015, at least 12 mosques were either closed or changed their Imams for nominees of the Muftiate.

Power agents have their personal benefits also from regular special operations, said one of Salafi mosque-goers.

When closing the "Severnaya" (Northern) mosque, power agents told the believers that supporters of the "Islamic State" (IS) (found by the court in Russia a terrorist organization and banned, – note of the "Caucasian Knot") were gathering there. However, Murad Dibirov, Deputy Imam of the "Vostochnaya" (Eastern) mosque, does not believe these allegations.

At the same time, the "Meduza" quotes one of the parishioners that during the action on January 31 in social networks "Dagestani militants of the IS" called Salafis take up arms and "proclaim jihad to the authorities." According to the edition, among Salafis, there are indeed "a lot of supporters of jihad."

This radicalization is largely promoted by the practice of registering Salafis by the police, which turns into constant harassment of Muslim, Dibirov said.