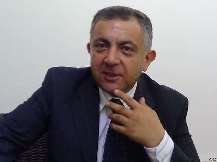 The division of the Ministry of National Security into  the two agencies - the Security Service and the Foreign Intelligence Service (FIS)  - is a positive step that corresponds to the world practice, said  in an interview with Turan  the expert and former employee of the Ministry of National Security Arastun Orujlu commenting decrees and orders of the Head of State on the matter. The name of head of the Foreign Intelligence Service Orkhan Sultanov  is little known, and  it is early to comment its  leaders and business  characteristics.

"However, most likely, he previously worked in the Foreign Intelligence Service of the National Security Ministry and  a person from outside would  hardly been appointed to such a position,"  said Orujlu.

Asked what should be engaged today the FIS  of  Azerbaijan, the expert said that the major should be three areas: Armenia, Iran and Russia.

"Probably there is no need to explain Armenia. As for Iran and Russia, both countries have large geopolitical interests in Azerbaijan and  work actively. This makes  necessary  the proper intelligence activities for these countries too," the expert said, noting that there are other areas and countries, in particular, the fight against transnational crime and other similar problems.

At the same time,  will be concretized  functions of the Security Service, which deals with counter-intelligence against foreign intelligence, internal security, combating drug trafficking, human trafficking, and so on. "The concentration in the hands of such important functions can be dangerous for the authorities,"  said in the conclusion Arastun Orujlu.