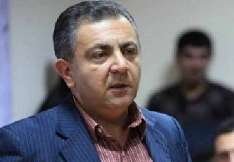 The sensational "revelations" of the former KGB officer Yuri Shvets in relation to the Minister of Finance and Deputy Minister of Foreign Affairs of Azerbaijan are a customized compromising. The goal is to eliminate or compromise two high-ranking state officials, who for one reason or another do not suit Moscow.

This opinion was expressed in an interview with Turan by the expert Arastun Orujlu, commenting on the publication by Shvets in the Gordon edition, where he argues that the Minister of Finance Samir Sharifov and Deputy Foreign Minister Khalaf Khalafov are agents of foreign intelligence services.

"All this is very roughly done, and as a former employee of the State Security, I can say it is illiterate. No serious analyst would ever accept the statements in the interview about recruitment of Sharifov and Khalafov and their long-term cooperation with Moscow, and later with the United States and Turkey," said Orujlu.

In making such accusations, the author does not represent the facts. Also, why does he say this now, what are the reasons? To these questions there are no answers, Orujlu said, adding that the emergence of such a compromising may be associated with the possible appointment of Sharifov to a higher position.

"Given that Shvets talks on behalf of the KGB, there is good reason to believe that it is fueled by information from Moscow. Why does Moscow need this? The answer may be to put pressure on the domestic policy of Azerbaijan, to achieve displacement of two unwanted high-ranking officials and to achieve the purpose to place pro-Moscow parties instead," said Orujlu.

On the question of the sources of such information, the expert expressed his conviction that this was the work of the former leadership of the Ministry of National Security disbanded. The former leadership of this department has had very strong and warm relations with Moscow, and it is possible that such a leak is coming from it. "Almost all of the MNS leadership is in jail or has been dismissed for serious crimes. It was very easy for them to organize such a leak. Thus, they can take revenge on the country's leadership," said Orujlu.

"I am sure that similar "revelations" will appear again. This will continue as long as the former leadership of MNS is not arrested," said Arastun Orujlu.