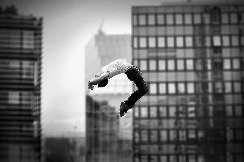 Exposing the Minister of Finance Samir Sharifov as a triple agent of Russia, the United States and Turkey has become perhaps the most striking event for Azerbaijan after the fall in oil prices, the collapse of the banking and financial system, and the dismantling the stronghold of the regime - the Ministry of National Security (MNS).

Sharifov was declared a triple agent at the moment when he came down from heaven on American land to hold from 10 to 16 March a road-show of bonds worth 2 billion for the "Southern Gas Corridor" in the world's major financial centers, where the powers of the placement bonds have already been transferred to banks CitiBank, UniCredit, JP Morgan.

On 9 March in his interview with gordonua.com site a former Soviet spy, Yuri Shvets, noted that first Sharifov was recruited by the intelligence services of the Soviet Union, then Turkey and the United States. Subsequently he worked closely with the Russian Foreign Intelligence Service.  The version of triple agent has been described in a new book by Shvets which will be published soon.

Shvets draws attention to the potential chances of Sharifov for the post of Prime Minister, which, for some time has been discussed in expert circles in Azerbaijan.  In Azerbaijan a number of experts see Moscow’s attempt to prevent the appointment of Sharifov as prime minister; now this post occupies an 81-year-old Artur Rasizade. A former employee of the MNS Arastun Orujlu questioned the assertions by Shvets, noting that "the emerge of compromising information may be due to the possibility of appointing Sharifov to a higher position."

However, a disgraced Azerbaijani diplomat Arif Mammadov, who lives in Europe, called   founded the conclusions made by Shvets. "The country has a very powerful network that is working against the state. It consists of the most influential people - ministers, deputy ministers, senior representatives of the presidential administration.  The former Minister of National Security Eldar Mahmudov was aware of these facts, and made a report to leadership of the country. In the near future will emerge facts about more terrible betrayal," Arif Mammadov wrote on his page on facebook.

Exposing  Sharifov, which has yet to be  proved or disproved,  first of all by  Sharifov himself,

is taking place at most inappropriate time for the administration of President Ilham Aliyev, which operates under time pressure since the beginning of 2015 - after the collapse of world oil prices.

Over the past year collapsed three basic pillars of Aliyev’s administration - the oil, the financial system, as well as the security regime, the MNB. All three events were consistent under the conditions, when the United States methodically, but without success tried to persuade Aliyev to the construction of a democratic and legal state.

A delayed-action mine launched by Shvets very well fit into the scenario of the latest events, and pretends to be part of large-scale problems of Aliyev’s administration. This may mean that the attitude towards Aliyev, despite his non-system reformist solutions are considered insufficient for by their pace and efficiency, and to some extent, even delayed.

Indirectly interview of the former Soviet agent strikes the Ministry of Foreign Affairs , a conductor of the foreign policy of the authoritarian regime, which has become vulnerable after the scandalous revelations last year. It is no coincidence that as agents of influence  have been   mentioned the names of the Deputy Foreign Minister of Azerbaijan Khalaf Khalafov and Minister of Foreign Affairs of the Russian Federation Sergey Lavrov, who is known for his efforts to smooth out sharp angles of the high-level Russian-Azerbaijani relations. It may also mean that today neither the Kremlin nor the White House need intermediary services by Lavrov. And if we go further, we can see that behind it there is a convergence of views of Obama and Putin administrations on Azerbaijan, whose hostility to Aliyev’s regime is becoming increasingly apparent in recent years.

Until now the coincidence of these approaches has played for the benefit of Aliyev (2003 elections, neutralization 2005 coup years, uncontested elections in 2008, and the election of the disputed third term in 2013); but  during the global crisis  to Azerbaijan  such unity of the negative attitudes promises nothing well for the country or the regime. Shvets, as a Soviet agent who defected to the Americans, as no one else is suitable for the role of impersonation of this unity at the current time interval. Perhaps, this is the most important message of his interview.