During period from February 29 to March 6, 2016, no victims of armed conflict in Northern Caucasus were recorded 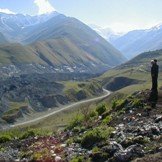 During the week from February 29 to March 6, 2016, in the course of the armed conflict in Northern Caucasus no information about casualties and victims was recorded. These are the results of the calculations run by the "Caucasian Knot" based on its own materials and information from other open sources.

On March 2, the counterterrorist operation (CTO) regime was introduced within administrative borders of the Derbent District of Dagestan; they are searching for militants and the base of their helpers.

On March 2, in Southern Dagestan, armed power agents blocked the village of Avadan of the Dokuzparin District. The entry to and exit from the village are allowed strictly on passports; and those who are not registered in the village, are not let there. Since morning, law enforcers were visiting houses, checking documents and inspecting basements, roofs, as well as the buildings of the school and the village administration. At about midday, shooting was heard. In the course of the CTO, one suspected militant and members of a "religious family" were detained.

On March 2, within targeted inspections in Makhachkala, nine people were detained on suspicion of involvement in the "Hizb ut-Tahrir", recognized a terrorist organization in Russia.

On March 2, in the city of Kislovodsk, as a result of the operation conducted by the staff of the departments of Russia's Ministry of Internal Affairs (MIA) and Federal Security Bureau (FSB) for the North-Caucasian Federal District (NCFD), a resident of Kabardino-Balkaria, who had been declared in federal search, was detained. He is suspected of aiding members of illegal armed formations (IAFs). According to investigators, since June 2012, for two years, the detainee supplied foodstuffs and rendered transportation services to three IAF members in the territory of the republic.