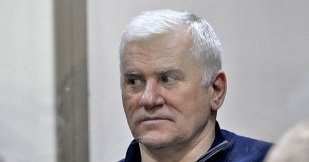 In the course of the inquiry into the criminal case against the former Mayor of Makhachkala Said Amirov, the defendants' rights had been violated; and advocates' arguments were ignored – this was declared at the yesterday's court session. Amirov himself said about facts of applying torture to figurants of the case.

The court session on March 10 was dedicated to listening to the complaints of the convicts and their advocates, the "Caucasian Knot"correspondent reports.

The convict Magomed Akhmedov cited a number of apparent inconsistencies in witnesses' testimonies, and the way these testimonies were interpreted the court. For example, he cited the testimony of the witness Mamedkerimov, who described the killer, who was quite unlike Magomed; and at the court he failed to recognize any of the convicts.

The court had motivated the refusal by the fact that at the time of the attempt, Mamedkerimov was under stress; therefore, he could not remember the appearance of the criminal.

Vladimir Postanyuk, an advocate of Djaparov, gave a detailed definition of "a terror act", which, according to his version, cannot cover the explosion in the "Moscow" Shopping Centre in Kaspiysk, since it caused no human casualties and made a small material damage.

Also, according to Postanyuk, neither Djaparov, nor Amirov had any motives for the assault.

Said Amirov has stressed that "acts of torture were directly related to this trial; and the morally broken Abdulgamidov was forced to slander him." He tried to confirm the facts of convicts' torture by testimonies of the forensic medical examiner Magomedov, who had concluded that convicts were subject to torture with electric current.