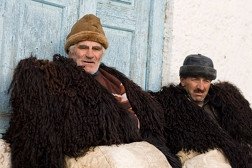 The weakening of positions of some influential political groups has become noticeable in Dagestan. The early resignation of Magomedsalam Magomedov in January 2013 weakened his positions and team in the republic, although the ex-president is working as a deputy of the head of the Russian Presidential Administration, becoming a federal-level politician.

Sayid Amirov’s party was on the edge of collapse after his arrest. Other alliances lay claims to fields of influence of the Makhachkala ex-mayor.

The tragic death of Gaji Makhachev, nicknamed ‘the unsinkable’ by the population, was a big loss for his team. Makhachev’s brother heading the Kazbekovsky District, or his son, a member of the People’s Assembly, will have hard times maintaining the influence Gaji Makhachev had, including his contacts in Moscow.

The alliance of Sagid Murtazaliyev is shattering too. Searches through the Dagestani Office of the Pension Fund in September 2013 were a strike on the reputation of the Olympic champion. Investigators escorted by special units were checking documents to find illegal cashing of maternity capitals. Murtazaliyev is abroad at the moment.

Some Lak political groups were weakened. In June 2013, President of the Dagestani National Bank Sirazhudin Ilyasov resigned. His son Marat Ilyasov was dismissed as the Minister for Property Relations in Dagestan in January 2014. Another influential Lak native Amuchi Amutinov, Head of the Dagestani Office of the Pension Fund before Sagid Murtazaliyev, lost his post too. He was controlling his native Kulinsky District but Amutinov’s placeman lost the elections, which provoked public protests about falsification of elections.

After the arrest of Dagestani Vice Prime Minister Magomedguseyn Nasrutdinov, positions of the influential Kumyk group were teetered.

In January 2014, Nasrutdinov was arrested in Moscow. He is suspected of high-scale frauds. Nasrutdinov is a nephew of Hero of the Socialist Labour, minister for agriculture and son of ex-head of Gazprom’s only subsidiary of the 1990s.

Magomedguseyn’s brother-in-law, Kerim Guseynov, heads a large branch of Gazprom, Gazprom Transgaz Makhachkala. The company services the Mozdok-Kazimagomed, Makat-North Caucasus and Kumli-Aksay Pipeline. After the collapse of the USSR, all gas networks in Dagestan were consolidated and controlled by Magomedguseyn Nasrutdin Nasrutdinov. Then, the gas system, and the power system were split into many small companies that keep appearing, disappearing and often changing their names. This causes complete confusion with payments. Debts of the population are constantly rising. The company Magomedguseyn Nasrutdinov took control of in 2002 exploits part of municipal gas networks. According to investigators, Nasrutdinov bought the networks cheaper than their market price.

Anyway, the positions of some ruling alliances have become weakened. Other ruling groups may get stronger on the background of their derogation. In order to stop the constant fight for distribution and redistribution of resources and property redistribution, experts suggest improvement of the investigative system. Law enforcers these days tend to protect the elites rather than the civil order and interests of the government.