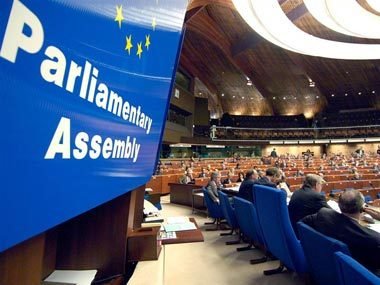 Pedro Agramunt and Joseph Debono Grech Council of Europe Parliamentary Assembly (PACE) co-rapporteurs for the monitoring of Azerbaijan, today expressed their serious concern at the announcement by the court of a seven-year jail sentence, on charges of inciting the Ismaili protests, on two opposition politicians: Ilgar Mammadov, and Tofiq Yagubli, the statement of the PACE reads.

"The charges and judgments give rise to justified doubts, particularly in the light of alleged irregularities in the judicial procedure reported by international and national observers,” they said.

The co- rapporteurs urged the relevant Azerbaijani authorities to review the court’s decision in accordance with all available legal instruments. In the light of the forthcoming chairmanship of the Council of Europe Committee of Ministers, it is essential to eliminate all concerns with regard to politically motivated justice,” the co-rapporteurs stressed.

They also added that they will follow closely this and other similar cases, including during their visit to Baku, planned to take place ahead of the scheduled handing over of the Council of Europe chairmanship of the Committee of Ministers by Azerbaijan.

Note that the verdict of the Azerbaijani court was accused by such organizations as Amnesty International, Human Rights Watch, "Reporters without Borders”, "Committee to Protect Journalists," as well as the EU, the U.S. Embassy in Baku and the French Foreign Ministry.

Recall that on March 17 the court sentenced the leader of the Azerbaijani opposition movement "REAL" Ilgar Mammadov to seven, and deputy chairman of the "Musavat" party Tofig Yagublu - to five years' imprisonment. They were accused of organizing riots in Ismailly in January last year.

Unrests in Ismailli district began at the evening of January 23, after an accident in which the nephew of the head of Nizami Alekperov and son of the Minister of Labor Fizuli Alekperov - Vugar Alekperov - were involved. His car crashed into another car, Alekperov then began to insult the local residents. According to one of Ismayilli residents, relative of the minister took a pack of money out of his pocket and said: "You have no dignity (geyret), I can buy your mothers and sisters for this money."

Information about the insults spread through the district and angry residents began to smash the commercial entities of Alekperov’s family up. Internal troops and Special Forces were involved in the incident. They fired rubber bullets and tear gas. As a result of clashes many people were arrested and dozens injured.