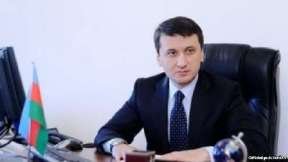 Presidential spokesman Azer Gasimov sharply criticized  the government of Israel. Reason for this was the critical articles about Azerbaijan in newspapers «Jerusalem Post» and «Haaretz».

"Taking into account the relationship between the government and the media in Israel, you come to the conclusion that all this is not accidental. In particular, the absence of any response from the formal structures of these materials gives reason to believe that it  is an official order," said Gasimov.

In his opinion,  the articles in  «Haaretz» and «Jerusalem Post» are far from journalistic ethics and are defamatory materials. "These articles, undoubtedly, are  funded by the leading anti-Azerbaijani campaign, and  are fully ordered,"  said the spokesman.

The articles in the Israeli press described the facts of suppression of human rights and harassment of journalists in Azerbaijan. In particular,  the fate of the arrested journalist Khadija Ismayilova and human rights activist Leyla Yunus. "It would be nice if the authors of these articles drew attention to the disruption  of human rights, freedom of speech and conscience, democratic principles in their country," said  Gasimov. He further said that in Israel the situation of journalists is  "deplorable."

As an  evidence Gasimov refers to the reports of international organizations, fixing violations of media freedom. But for some reason, when these same organizations have documented similar violations in Azerbaijan, Azer Gasimov and his chiefs vehemently deny them, and  call them political order and the machinations of the Armenian lobby.

In particular, Gasimov lists the facts stated in the reports of "Reporters Without Borders», Freedom House, Amnesty International and other structures, pointing out that according to the World freedom index, this year Israel dropped by 36 points.

In the higher echelons of the Israeli authorities " are serious cases of corruption", and Israeli citizens are deprived of educational opportunities, and so on. "I believe that the authors of these articles and those who are behind these materials seriously undermine the international image of Israel. The Government of Israel has always said that it is trying to improve relations with Azerbaijan.  Those who have ordered  these articles, no doubt, set a goal to undermine the Israeli-Azerbaijani relations," makes far-reaching conclusions the  spokesman.