An Open Letter to the President of the United States of America, Barack Obama: 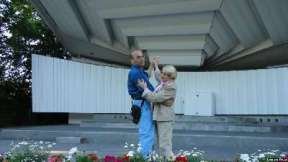 I appeal to you personally, as a citizen of the United States and as your voter who has exhausted all possibilities to save the members of my family, my brother Arif Yunus and his wife Leyla Yunus who are in prison in Azerbaijan on made up charges, and who, according to Amnesty International, Human Rights Watch, Freedom House are on the list of political prisoners in Azerbaijan.

Just to briefly inform you, Arif and Leyla  are both world-renowned historians, were leading the Institute for Peace and Democracy in Baku and prominent human rights defenders who are protecting the values of democracy and human rights in authoritarian Azerbaijan. In 2013,  Leyla Yunus was awarded the highest order of France and became The Knight of the Legion of Honor. Recently, she was nominated for the Nobel Peace Prize.

Over the past seven months that they have been in prison, many international organizations and political leaders from around the world, including the Presidents of France and Germany, made concerning  statements on their behalf. The European Parliament adopted a special resolution demanding their immediate release. Several appeals for their release were made from Washington as well. These concerns were made by the State Department and the Helsinki Commission of the US Congress which held several hearings  on the state of human rights in Azerbaijan.

But in spite of all these calls and appeals, the authoritarian regime of President Aliyev hasn’t  freed them in Azerbaijan, but rather continued his attacks on NGOs, political activists and journalists, thus violating their commitments signed by them in Azerbaijan's accession to the OSCE. The regime in Baku attacks not only local dissidents, but also the US citizens, their family members and American institutions working in this country. One after another, the local offices of US organizations such  as NDI, IRI, IREX and Peace Corps were closed, including the latest purge on the office of radio "Freedom" and, ironically, it occurred immediately after the conversation between the Secretary of State John Kerry and President Aliyev.

What else needs to happen in Azerbaijan that the United States will finally realize that it is time to stop all these double standards in relation to the dictatorship regime of President Aliyev? Isn’t it clear that the events around Ukraine scared Aliyev’s regime so bad that he started urgently carrying out preventive measures in Baku to stop the recurrence of Ukrainian Maidan? Isn’t an anti-American manifesto of Mr. Mehdiyev, Chief of Staff of President Aliyev, a prime example that this regime in Baku is headed towards Russia?

By knowing  Ilham Aliyev personally many years and his entourage, I can assure you that he and his team members are especially afraid of only one: the loss of their huge financial resources and power as they respect and fear only those who speak with them from a position of power, as it is done by the way, by Putin is his relation to Aliyev. It's time to understand that all other methods do not work in Azerbaijan, especially, when all those who defended all these years the pro-Western values in Azerbaijan are in prison today. Aliyev regime skillfully cleared this field before the Olympics, with the connivance of the US and its allies in Europe.

Twelve years ago, I immigrated with my family to the United States, where I received political asylum and as many emigrants, had to start a new life almost from the scratch. It was a difficult way to adapt to all the members of my family, but the United States is a country of immigrants, and there are all the conditions for  emigrants to start a new life here. And today, I am proud to say that me and my family are citizens of the United States of America and your voters. But it is very hard to accept the fact that not all members of my family can share with me this joy of living in a free world and that's why I appeal to you personally.

Help me save my brother and his wife, who are on the edge of death, as they are constantly being bullied in prison morally and physically, as their age is not young and they both are 60 years old. I hope that you will have the opportunity to read this letter and will hear me and my SOS signal and do everything possible to save them. I also hope that you understand that the US energy security is not possible without the protection of basic norms of democracy where there are strategic interests of our country. As Benjamin Franklin, once said:" They who can give up essential liberty to obtain a little temporary safety deserve neither liberty nor safety.” I hope that the US will not sacrifice my family for the sake of its energy security.