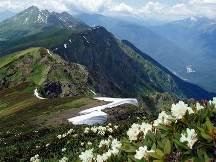 Detention of activists of "Constituent Parliament" in Armenia on charges of plotting mass disorders; new unofficial information and re-arrest of three defendants in Boris Nemtsov's murder case; termination of protest hunger strike of Dagestani Shushiya villagers, – see the review of these and other events in the Caucasus during the week of April 6-12, 2015, prepared by the "Caucasian Knot".

In Armenia, on April 7, five members of the "Constituent Parliament" (former "Pre-Parliament"), formed by activists, disgruntled with the socio-economic situation in Armenia, were arrested, namely: Zhirayr Sefilyan, the leader of the movement "100th Anniversary without Regime"; Gevorg Safaryan, one of its activists; Varuzhan Avetisyan, a deputy chairman of the movement; Pavel Manukyan, an activist; and Garegin Chukaszyan, the Chairman of the movement. Also on April 7, they arrested Aram Akopyan, the regional representative of the "Constituent Parliament" in the city of Gyumri.

On April 9, the court arrested Sefilyan, Chukaszyan, Avetisyan, Manukyan and Safaryan for two months. Investigators have stated that they prevented mass disorders scheduled for April 24 to mark the 100th anniversary of the Armenian Genocide; and firearms were found in detainees' houses. On April 10, Akopyan was charged with illegal possession of ammunition.

Local oppositionists have condemned the arrests; however, the Prime Minister Ovik Abramyan said that they have no political context.

On April 6, the Basmanny Court of Moscow ruled to extend the arrest of three defendants in Boris Nemtsov's murder case – Khamzat Bakhaev, Tamerlan Eskerkhanov and Shagit Gubashev – until April 28. The arrest issue was considered repeatedly, after the abolition by the Moscow City Court (MCC) of the previous ruling. The re-arrest decision was again appealed against by the defence.

Also, new unofficial information related to the case has appeared: about Bakhaev's alibi; about questioning in Chechnya of the commander of the "Sever" (North) battalion, where Zaur Dadaev, the main accused person, had taken his service; about his attempt to pick up his foreign passport in Grozny the day after the murder; and about the firearms found in the Moscow apartment of Tamerlan Eskerkhanov, an ex-officer of the "Sever" battalion.

On April 6, the hunger-strikers, who demand to return 16.7 hectares of land to Shushiya villagers in the Novolak District of Dagestan, and distribute the land among locals, stopped their protest action, which had lasted for 22 days. As stated by Gusein Djakhparov, one of the hunger-strikers, the decision was taken because of the deteriorating health status of the protesters and absence of any reaction of the authorities to the action. The Khasavyurt Inter-District Investigating Division said that they began checking the legality of land distribution in Shushiya.

On April 6, Evgeny Vitishko, an activist of the "Ecological Watch for Northern Caucasus", who was sentenced, in June 2012, to three years of conditional imprisonment on charges of damaging a fence around the area known as the "summer cottage" of Krasnodar Governor Alexander Tkachov, and who is serving his term in the Tambov Region, went on hunger strike. The reason was the refusal of the Judicial Board on Criminal Cases of the Supreme Court of the Russian Federation to consider his cassation appeal against the ruling of the Tuapse City Court, which had replaced his conditional term by real three years in a settlement-colony. According to his advocate, Vitishko refuses to write a formal statement about his hunger strike for fear of punishment, and pending a decision on his application for CER (conditional early relief).

On April 8, the jury in Boston found the ethnic Chechen Johar Tsarnaev guilty of committing the terror act during the Boston Marathon Run in 2013. Tsarnaev was found guilty on all 30 charges against him, including the murder of three marathon runners and a police man. The jury will now have to decide on his punishment – the death penalty or lifelong imprisonment. This issue will be discussed on April 21.

At night on April 9, in the Lipetsk Region, a collision occurred of some of the cars of the passenger train "Volgograd-Moscow" No. 15 with a detached locomotive. The accident injured a number of passengers; and 47 of them turned for medical care. 15 passengers were hospitalized. Investigators have opened a criminal investigation into the fact of providing services that fail to meet safety requirements.