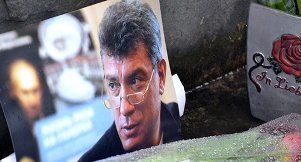 In the case of the murder of opposition politician Boris Nemtsov, investigators have appointed a number of new examinations, including phonographic, forensic psychological, molecular and genetic, and ballistic examinations. The latter is to reveal whether the ammunition found in the house of Zaur Dadaev, a defendant in the case, and the items found at the place of the murder are identical. Boris Nemtsov was killed in Moscow on February 27. Five persons, including Zaur Dadaev, Anzor and Shagid Gubashev, Khamzat Bakhaev and Tamerlan Eskerkhanov, were detained on suspicion of involvement in the murder and put under arrest. The ballistic examination has been appointed by Nikolai Tutenich, the new leader of the investigative team, the "Interfax" reports with reference to Zaurbek Sadakhanov, an advocate of Khamzat Bakhaev. Zaurbek Sadakhanov has also reported that he examined the resolutions on the appointment of two computer forensic examinations of a system block of a PC belonging to Tamerlan Eskerkhanov and a system block and a laptop belonging to Anzor Gubashev seized during the searches. "The investigators want to reveal whether the defendants were surfing the Internet in search for the information about Boris Nemtsov, including the information posted on social networks," Zaurbek Sadakhanov has stated. The phonographic and forensic psychological examinations are to reveal whether Zaur Dadaev gave his initial confession voluntarily or under pressure. In the course of the molecular and genetic examination, the experts are to compare fragments of the biological materials found at the place of the Boris Nemtsov's murder and the biological materials found at the items and in the car used by the persons involved in the case and at the items from their houses, the "Izvestia" reports.