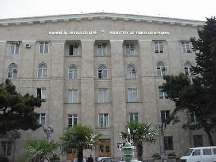 The Azerbaijani Foreign Ministry issued a statement in connection with the decision of the European Court of Human Rights (ECHR) in the case of "Chiragov and others against Armenia".

"The Court ruled in favor of the applicants, recognizing continuing violations by Armenia of a number of their rights under the Convention for the Protection of Human Rights and Fundamental Freedoms, namely, those relating to the protection of property (Article 1 of Protocol No. 1), the right to respect for private and family life (Article 8 of the Convention) and the right to an effective remedy (Article 13 of the Convention). Furthermore, the judgment effectively put an end to Armenia’s persistent denial of its responsibility for the unlawful occupation of and military presence in the territories of Azerbaijan.

In the course of the Court’s proceedings, in its usual attempts to mislead the international community and distort the root causes and essence of the conflict, Armenia submitted that its jurisdiction did not extend to the territory of Nagorno-Karabakh and the surrounding territories; that it did not and could not have effective control of or exercise any public power on those territories; that it had not participated in the military conflict in question; that it had not taken part in the seizure of the Lachin district and in any later military actions; and that it did not have any military presence in Nagorno-Karabakh and the surrounding territories. Armenia further asserted that "the ‘NKR’ was a sovereign, independent state possessing all the characteristics of an independent state under international law”; that "it exercised control and jurisdiction over Nagorno-Karabakh and the territories surrounding it”; that "the Republic of Armenia and the ‘NKR’ were different countries”, and that "the ‘NKR’, since its formation, had carried out its political, social and financial policies independently”.

In response to these and other allegations submitted by Armenia, the Court noted in particular that the war had started with calls for the incorporation of Nagorno-Karabakh into Armenia and specifically referred in that regard to a joint resolution on the "reunification” adopted in December 1989 by the Supreme Soviet of the Armenian SSR and the Nagorno-Karabakh regional council. The Court established that the citizens of Azerbaijan were forced to leave Lachin as a result of military attack on the district in May 1992. The Court stated that Nagorno-Karabakh and the district of Lachin and the other surrounding territories are now under occupation and that the international law of belligerent occupation, as laid down in the relevant provisions of the 1907 Hague Regulations concerning the Laws and Customs of War on Land and the 1949 Geneva Convention relative to the Protection of Civilian Persons in Time of War, applies to a given situation.

The Court confirmed its conclusion from the admissibility decision of 14 December 2011, according to which "the ‘NKR’ is not recognized as a State under international law by any countries or international organisations…”, thus reaffirming the position of the international community that overwhelmingly rejected this entity and refused to recognise as legitimate the situation created through the use of force against the territorial integrity of Azerbaijan, accompanied by the notorious practice of ethnic cleansing and other flagrant violations of the peremptory norms of international law.

Furthermore, having examined the evidence presented, the Court confirmed that "the Republic of Armenia, through its military presence and the provision of military equipment and expertise, has been significantly involved in the Nagorno-Karabakh conflict from an early date”, that "[t]his military support has been – and continues to be – decisive for the conquest of and continued control over the territories in issue” and that "…the evidence … convincingly shows that the armed forces of Armenia and the ‘NKR’ are highly integrated”. Based on this and other evidence testifying to the political, financial and other dependence of the separatist entity from Armenia, the Court concluded that "… the Republic of Armenia, from the early days of the Nagorno-Karabakh conflict, has had a significant and decisive influence over the ‘NKR’, that the two entities are highly integrated in virtually all important matters and that this situation persists to this day” and that "the ‘NKR’ and its administration survives by virtue of the military, political, financial and other support given to it by Armenia which, consequently, exercises effective control over Nagorno-Karabakh and the surrounding territories, including the district of Lachin”.

The Court reaffirmed the right of displaced persons to return to their homes or places of habitual residence and recalled the relevant standards and principles under international humanitarian and human rights law relating to the legal and technical issues surrounding housing and property restitution. In the Court’s view, it is not realistic in practice for Azerbaijanis to return to their homes in the current circumstances, which include, inter alia, the continued presence of Armenian and Armenian-backed troops and ceasefire breaches. At the same time, the Court made it clear that the ongoing negotiations within the OSCE Minsk Group do not provide a legal justification for the interference with the rights of the Azerbaijani internally displaced persons, including the proprietary rights that are still valid, and recalled Armenia’s obligations towards Azerbaijani citizens who had to flee during the conflict. According to the Court, attempts of the Armenian side to extinguish the land rights of the Azerbaijani displaced persons who had fled the occupied territories cannot be considered legally valid. Having found the violation by Armenia of the rights of the Azerbaijani internally displaced persons, the Court concluded that Armenia had failed to discharge the burden of proving the availability to the applicants of a remedy capable of providing redress in respect of their Convention complaints and offering reasonable prospects of success. For the same reasons, the Court found that there was no available effective remedy in respect of the denial of access to the applicants’ possessions and homes in the district of Lachin.

Accordingly, the conclusion must be that due to its initial and continuing aggression against Azerbaijan and military occupation of its internationally recognized territory (Nagorno-Karabakh and the surrounding areas), expulsion of hundreds of thousands of the citizens of Azerbaijan from the occupied territory and the denial of their return to their homes and access to their property in those areas, the Republic of Armenia bears full international responsibility for the breaches of international law that have occurred and continue to occur. A key element of State responsibility, and one particularly significant for present purposes, is the obligation to cease violations, to offer appropriate assurances and guarantees that they will not recur and to provide full reparation for injury. Consequently, Armenia is under the obligation, in the first place, to put an end to the occupation of the territories of Azerbaijan and to withdraw immediately, completely and unconditionally its armed forces from these territories. The implementation of that obligation, which would create necessary conditions for the return of Azerbaijani internally displaced persons, can in no way be considered or introduced as a compromise and, a fortiori, used as a bargaining chip in the conflict settlement process. It is an established principle of general international law that no territorial acquisition resulting from the threat or use of force shall be recognized as legal, as reaffirmed by UN Security Council resolutions 822 (1993), 853 (1993), 874 (1993) and 884 (1993) adopted with regard to the armed conflict in question. This understanding also applies to individual rights and freedoms, the violation of which can in no way produce the outcome that was ab initio designed by the perpetrator and that would serve for its benefit.

The Republic of Azerbaijan finds it expedient to remind that serious breaches of obligations under peremptory norms of general international law give rise to additional consequences affecting not only Armenia, but also all other States, which include, inter alia, duties of States to cooperate in order to bring to an end such breaches by lawful means and not to recognize as lawful a situation created by a serious breach, nor render aid or assistance in maintaining that situation. It is therefore critical that the international community insist on the implementation of UN Security Council resolutions 822 (1993), 853 (1993), 874 (1993) and 884 (1993) demanding the withdrawal of the Armenian occupying forces from the occupied territories of Azerbaijan and supporting the return of displaced persons to their places of origin in safety and dignity.

The resolution of the conflict is possible only on the basis of the sovereignty and territorial integrity of Azerbaijan within its internationally recognized borders. The territorial integrity of Azerbaijan has never been and will never be a subject of negotiations. Azerbaijan remains committed to the conflict settlement process based on this understanding. The sooner Armenia reconciles with this reality, the earlier the conflict will be resolved and the countries and peoples in the region will benefit from the prospects of cooperation and economic development,” the Foreign Ministry said.