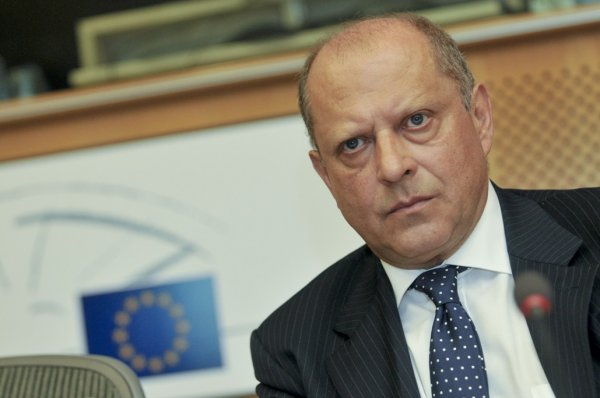 In view of Azerbaijan’s sixth presidential elections since independence from the Soviet Union in 1991, Gerben-Jan Gerbrandy MEP organised a seminar in association with the Unrepresented Nations and Peoples Organization (UNPO) entitled ‘Azerbaijan’s Presidential Elections: What Future for the Land of Fire?’ in the European Parliament on 3 October 2013.

During the ten-year presidency of Ilham Aliyev, who was unsurprisingly re-elected for a third term on 9 October, economic growth, rising living standards, as well as closer cooperation with Europe, have come to secure stability in Azerbaijan. This period has however, at the same time, also been marked by high levels of corruption, a weakened independent media and an increasing number of politically motivated arrests.

This seminar came in the midst of a crackdown on civil society and opposition movements prior to the elections, and offered an opportunity to analyse the current political landscape in Azerbaijan, as well as examine the country’s fledging relations with the European Union.

The first panel explored the political situation in the larger region of South Caucasus, the conduct of previous elections in Azerbaijan, the different obstacles facing opposition politicians, and the poor human rights records of the Azerbaijani government.

The second panel consisted of contributions relating to the future prospects of Azerbaijan, including a reflection on the importance of promoting European culture and education in Azerbaijan, an overview of EU-Azerbaijani relations, and a presentation on the problems facing the Lezghin and other minorities in the country, in terms of cultural and linguistic expression, as well as civil liberties – of particular importance in election periods.

Having brought together a range of actors from the media, academia and both governmental and non-governmental organisations, the event contributed to raising a greater awareness of the sensitive issues of national identity and minority rights in Azerbaijan.

In the aftermath of the seminar and the elections, UNPO will remain alert to future steps taken by President Aliyev’s regime, especially regarding matters of freedom of expression and of the respect of cultural, linguistic and minority rights.