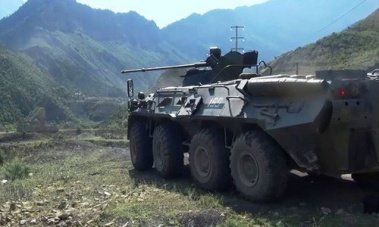 A large summer base of militants was blocked in the Kizilyurt District of Dagestan, said a local law enforcement source. The "Caucasian Knot" has reported that today from 3:00 a.m. Moscow time law enforcers are conducting a counterterrorist operation (CTO) in the Kizilyurt District. According to a law enforcement source, the militants' summer base with an equipped dugout was discovered around 3:10 a.m. in a wooded area between the villages of Nechaevka and Matseevka. "At the moment, the area around the base is cordoned off. Special fighters begin examining it," the RIA "Dagestan" quotes the law enforcement source as saying. Earlier, local residents reported that armed men were seen moving in the forest between the villages of Nechaevka and Matseevka, the "AiF-Dagestan" reports.