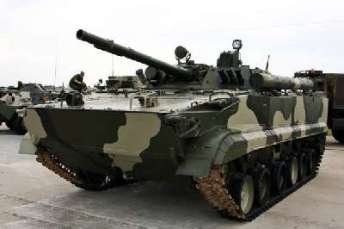 "Deliveries of the BMP-3 for Azerbaijan will complete in 2016.  Shipment of last batch of about 50 vehicles  is expected," said  a man on September 9 at the  arms exhibition Russia Arms Expo - 2015.

Earlier "Rosoboronexport" stated that in 2017 the Russian Federation will finish delivery of a large batch of weapons and equipment for the agreements concluded in 2010.

In addition, in addition to tanks Azerbaijan purchased repair and recovery and engineering vehicles. Experts estimate the cost of this package of contracts at $1 billion.

Russia to Supply Armenia with Heavy Weapons for 200 Million Dollars