Moscow Calls on Baku and Yerevan to Compromise 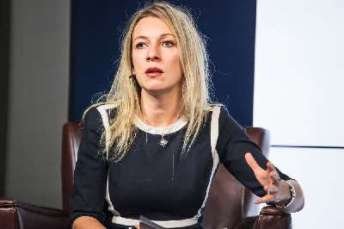 Moscow calls on the Karabakh conflict sides to renounce the use of force and to show political will to reach a compromise, said Foreign Ministry spokeswoman Maria Zakharova.

"Unfortunately, the resumption of political dialogue is complicated by the worsening situation in the conflict zone and the increase in the number of casualties, including among civilians.

We believe that further escalation is simply unacceptable. We urge the parties to renounce the use of force and to demonstrate the political will necessary to reach a compromise," she said.

According to Zakharova, the theme of the Karabakh conflict settlement was considered in detail during the visit of the Foreign Ministers of Armenia and Azerbaijan to Moscow in April-May this year.

"It is also a subject of ongoing contacts of Sergey Lavrov with his foreign colleagues. We are working in this direction in close cooperation with the United States and France. Recently, on the sidelines of the 70th session of the UN General Assembly, the Foreign Minister held a meeting with the OSCE Minsk Group, which addressed practical issues of settlement in anticipation of the upcoming visit of the co-chairs to the region this month," she added.

Moscow admits that the meeting Aliyev-Sargsyan gave no results