Human rights activist defend the National Security Ministry, demanding an end to defamation in the media 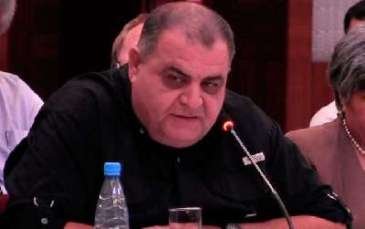 The head of the Committee against Torture, Elchin Behbudov, held press conference, where he said that a group of former employees of the National Security Ministry appealed to him.

"Veterans are concerned about some of the messages in the media about the latest developments around the department. They are protesting against the fact that because of the offenses committed by individual employees, a number of Internet media cast a shadow on the entire security service, forming a negative opinion in the society," he said.

According to him, veterans noted that the messages in the media can take advantage of the hostile forces to the country. Behbudov  intends to apply to law enforcement authorities with an appeal to stop insults to the MNS in Internet media.