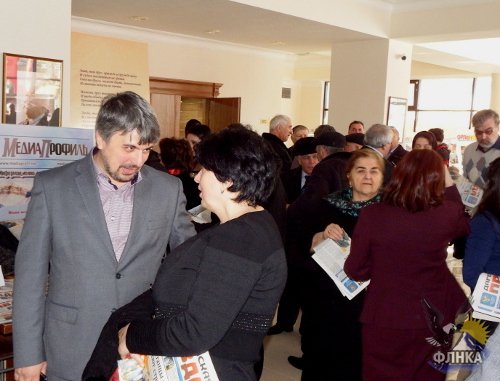 The Dagestani media festival was opened on December 10 in Makhachkala under the motto "Read the press in your native language". The event was attended by about 500 people, who discussed the prospects of the national press.
Heads of national media complained about the permanent drop of circulation of their newspapers. According to their version, the main reasons are the loss of interest in the printed media and poor knowledge of mother tongues by young people today.

Aznaur Adjiev, the Minister of Press and Information of Dagestan, told the "Caucasian Knot" correspondent that local young people pay little attention to the national press, preferring to communicate on the Internet.

"However, I wouldn’t call to "demonize" the Internet; the printed media will not disappear," said Aznaur Adjiev.

While summing up the festival, Aznaur Adjiev has noted that it was the first case of bringing together so many national media professionals.

Human rights activist defend the National Security Ministry, demanding an end to defamation in the media