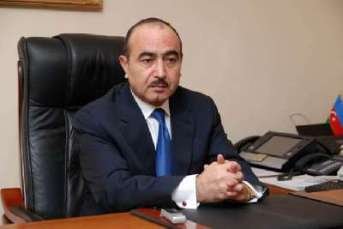 The elections to the Milli Majlis were held on the basis of democratic principles. They were transparent and fair and reflected the will of the Azerbaijani people. This was stated by the presidential aide Ali Hasanov in an interview with the news agency AzerTaj.

He noted that more than 30 international missions, including the delegations of PACE, CIS and OIC, commended the elections.

According to Hasanov, the EU also announced the election according to international standards and expressed willingness to cooperate with the new parliament.

With this in mind, the lack of a monitoring mission of the OSCE ODIHR may not cast a shadow on the legitimacy of the elections, Hasanov said.

According to him, the refusal by the OSCE ODIHR of monitoring has been politicized. Azerbaijan pursues an independent policy and continues to not allow anyone to impose his will on Azerbaijan, Hasanov said.