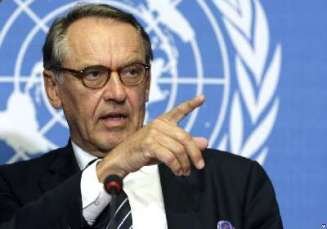 Former chief Karabakh negotiator and a leading architect of 1994 ceasefire agreement between Azerbaijan and Armenia, sees a possible settlement of the conflict based on the elaboration likelihood model of something he calls "autonomy-plus, independence-minus.”

Speaking to TURAN's Washington D.C. correspondent, former Swedish Ambassador Jan Eliasson, who in 1993–94 served as chairman of the Minsk Group, currently UN deputy Secretary-General, said, that although working with principles gives the mediators a strong foundation for their mission, in the cases like Nagorno-Karabakh international legal principles [i.e., territorial integrity and the right to self-determination] clash.

"I'm in favor of territorial integrity as well, but you need to offer a status that is acceptable for everyone... There has to be a shared vision over the future of Nagorno-Karabakh. Once that vision/ that status is found, then everything will fall in place," he said, stressing that it's important to have 'an honest discussion' between Baku and Yerevan.

The political leaders, he said, 'should understand that it's getting dangerous... It's going to be tougher as the years pass."

Speaking about early years of the peace process, he said, his work was conducted "with full cooperation between Track1 and Track2. There were discussions of autonomy that were very different to both sides.

In the meantime, he said, 'I'm not too proud of the ceasefire agreement as the basic problem still remains.'  'There is no peace without development, and there is no development without peace,' he concluded.