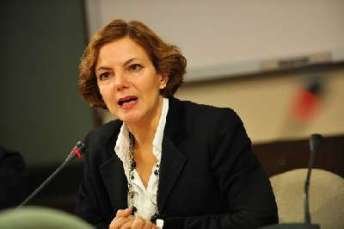 France supports the territorial integrity of Azerbaijan and does not recognize the so-called Nagorno-Karabakh Republic. This was stated by the Ambassador of France to Azerbaijan Aurelia Boucher, commenting on the organization y the Armenian Fund Hayastan of a telethon in support of Karabakh separatists, which will be held under the patronage of the Mayor of Paris Anne Hidalgo.

The Ambassador noted that she had no information on the support of this event by the Mayor of Paris. However, she stressed that the position of official Paris is support of Azerbaijan's territorial integrity and non-recognition of the separatist regime.