U.S. 'Troubled' By the Arrest of Fuad Gahramanli 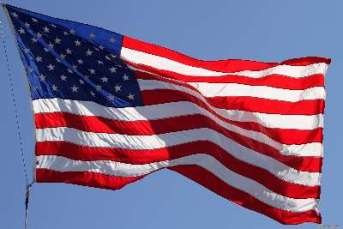 The United States says it is "troubled" by the arrest of Deputy Chairman of the Popular Front Party Fuad Gahramanli on charges that 'appear to be connected with exercising his right to free expression.'

A State Department official told TURAN's Washington correspondent, 'We urge the Azerbaijani government to uphold the fundamental freedoms of its citizens even while it also seeks to maintain security and stability. We call on the authorities to release all those incarcerated in connection with exercising their fundamental freedoms.'

Qahramanli was arrested in Baku last week (December 8), on charges of inciting racial and religious hatred, a move that his supporters see as latest government action to crack down on dissenters.

The arrest was linked to his posts on Facebook about the recent violent clashes erupted between local residents and special police troops in Nardaran, 20 miles northeast of Baku.

He was jailed for three months, facing charges under Article 281 ("Public appeals for violence directed against the state") and Article 283 ("Inciting national, racial or religious hatred") of the Criminal Code of Azerbaijan.

Speaking to TURAN's Washington correspondent, Jamil Hasanli, a historian and National Council leader of Azerbaijan, who is currently traveling in the U.S., called the charges against Gahramanli "false and abstract"

Gahramanli, he said, has long been targeted by the government due to his party affiliation and outspoken criticism of the government's policies.

'The government's main purpose is to completely ruin the Popular Front, a party that once played a major role in the country's independence, and standing for western values in Azerbaijan"

On Monday, a Baku court rejected appeal by Gahramanov, and ruled that he will remain in detention.