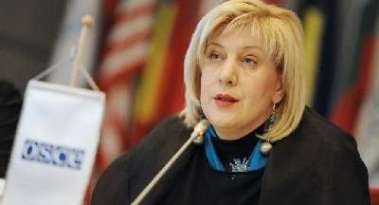 The OSCE Representative on Freedom of the Media Dunja Mijatović today raised the issue of another prison sentence handed down to a journalist in Azerbaijan after yesterday’s jailing of Rauf Mirkadyrov. On 28 December, the court on grave crimes in Baku in a closed session sentenced Mirkadyrov, journalist with the newspaper Zerkalo, to six years in high-security prison on charges of high treason. Mirkadyrov was detained in April 2014 and has since been held in pre-trial detention by the National Security Service.

"Mirkadyrov’s conviction raises concerns, and the lack of transparency in the investigation and the trial itself is worrying,” Mijatović said.

In April 2014 the representative wrote to the authorities and expressed hope that the charge against Mirkadyrov would be carefully investigated. The authorities then accused the journalist of disclosing classified information, but no detailed information on the investigation and the trial has been made public. Mirkadyrov reportedly denies all the accusations.

"Mirkadyrov’s prison sentence is the latest in a string of troubling developments in the field of media freedom in Azerbaijan,” Mijatović said.

Prosecutor Offers to Sentence Mirkadyrov to 7 Years in Prison