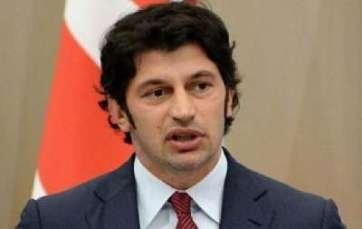 "In Vienna, a regular working meeting of representatives of Gazprom and the Georgian side was held. The subject of the negotiations has not changed, and workflows continue to reach an agreement on the conditions acceptable to the parties," the ministry stated.

Experts and the opposition in Georgia criticized the minister, saying that cooperation with Gazprom will deprive Georgia of energy independence. The protests demanding an end to the negotiations of the Georgian government with Gazprom are held in the capital systematically.

Recall that Kaladze is lobbying for the purchase of gas from Gazprom and for reducing the share of gas imported from Azerbaijan, which now stands at 90% of the total imports of gas by Georgia.

In mid-January, the President of SOCAR Rovnag Abdullayev held talks with the head of the Georgian government, who assured that they were not talking about the refusal of the Azerbaijani gas, but only about diversifying the supplies. However, all of these statements ring hollow and are unfounded, since Russian gas is more expensive than Azerbaijani gas.