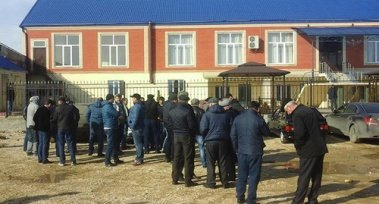 Truck drivers have gathered in Dagestani village of Manaskent and voted for the creation of the national union of heavy truck drivers, the "Caucasian Knot" correspondent reports.

In 2015, truck drivers from several regions of Russiaorganized mass protest actions against the system "Platon", introduced on November 15 to collect tolls from trucks for the use of the roads of federal significance.

The "Caucasian Knot" has reported that on January 17, in Manaskent, truck drivers gathered to discuss measures to protect their rights. The meeting was also attended by truck drivers from other regions of the country. In total, about 150 people gathered in Manaskent.

Businessman Dmitry Potapenko, who took part in the truck drivers' meeting via video conference, has promised to support the truckers. According to the businessman, the Dagestani truck drivers need to organize an association, which will be a part of an all-Russian organization.