Number of protesters in Buynaksk exceeds 1500 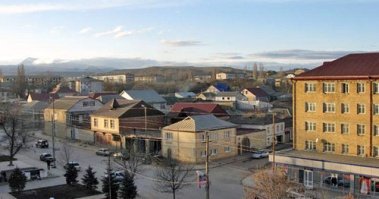 The participants of the action in Buynaksk have expressed distrust to the Deputies of the City Assembly from the Party of Veterans.

The "Caucasian Knot" has reported that at elections on September 13, 2015, members of the above party won the elections to the City Assembly of Buynaksk. Initially they wanted their representative Osman Osmanov to be appointed the Mayor. The appointment of Zakarya Amirov as Acting Mayor split the Deputies from the Party of Veterans.

The participants of today's rally demanded to appoint Osman Osmanov to the post of Mayor of Buynaksk. They also expressed their distrust to those Deputies of the City Assembly from the Party of Veterans, who had earlier supported Osmanov, and now support the Acting Mayor Zakarya Amirov. The protesters have stated their intention to initiate dissolution of the City Assembly due to people's distrust. They demanded to recognize the candidacy of Amirov illegitimate and recall him.