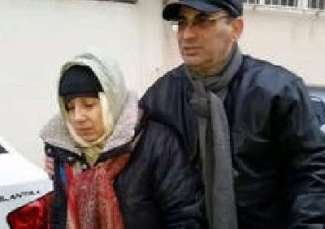 A well-known human rights organization Amnesty International has launched a campaign demanding the release of Azerbaijani spouses Arif and Leyla Yunus for treatment. The press release of the organization said that the Azerbaijani authorities in every way interfere with the departure abroad for emergency treatment of spouses Yunus - known human rights defenders and prisoners of conscience.

After the insistent demands of the international community the couple  has been finally provisionally released, but criminal sanctions against them  has not been lifted. They are still considered convicted on trumped up charges, the report said.

AmnestyInternational urged everyone to support spouses to write to the e-mail  of the Azerbaijani President and the Attorney General with a call to remove from the spouses all trumped-up charges and release the couple for treatment abroad, as their treatment in Azerbaijan is not possible.

* The head of "Institute of Peace and Democracy" Leyla Yunus was detained on 30 July, 2014 and charged with serious crimes, including treason. In August 2015 she was sentenced to 8.5 years of imprisonment. In December of the same year, this term was replaced by a suspended sentence.