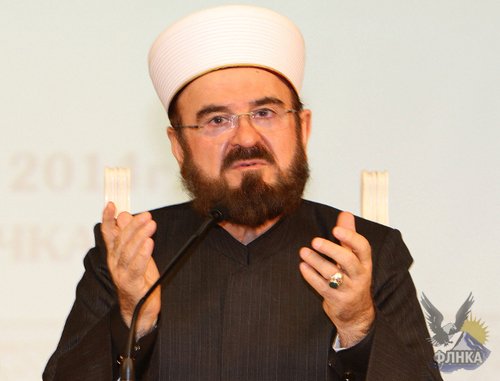 On March 6, in Makhachkala, the international theological conference "Russian Muslims: Rights and Duties" completed its work. The participants called their fellow Muslims to moderation, rejection of fanaticism and non-admission of neglect of norms of Islam, the "Caucasian Knot" correspondent reports.

The conference, which was held in the "House of Friendship" in Makhachkala, was attended by a delegation of the World Union of Muslim Scholars (WUMS), as well as the spiritual leaders of the republics of Northern Caucasus and other regions of Russia.

Members of the World Union of Muslim Scholars gave their explanations to many fundamental principles of Islam. In particular, they noted that "Muslims are allowed to celebrate non-Islamic holidays, but by not performing religious rites."

A great interest of the audience was aroused by the speech of WUMS General Secretary Sheykh Ali Al-Mukhiddin Karadagi. He noted that Russia's Muslims enjoy full freedom of religion and performance of rites, "sometimes more than in some Islamic countries."

"Moderation is what we must adhere to. On the one hand, moderation rejects fanaticism, on the other, moderation assumes preventing neglect of the basics of Islam," said Mukhiddin Al Karadagi.