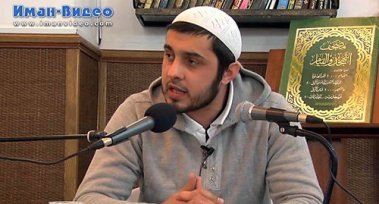 A well-known Islamic preacher Nadir Abu Khalid (Nadir Medetov), the kidnapping of whom was announced by his relatives on Wednesday, was found at the Kirov ROVD (District Interior Division) of Makhachkala. His relatives assert that firearms were planted on him.

According to eyewitnesses, Nadir Abu Khalid was kidnapped by some federal power agencies. Information about his kidnapping also arrived at the SMS-service of the "Caucasian Knot".

According to one of his relatives, Nadir Abu Khalid was found at the Kirov ROVD of Makhachkala. "He was taken there together with his brother. Some firearms were planted on them; and now they try to document their detention," said the source.

The Kirov ROVD refused to confirm the information about Nadir Abu Khalid's detention.