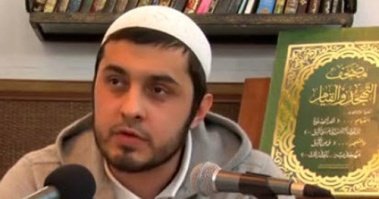 Today, the Supreme Court of Dagestan has dismissed the prosecutors' request to take into custody Islamic preacher Nadir Abu Khalid, suspected of illegal possession of weapons.

The "Caucasian Knot" has reported that Nadir Abu Khalid (Medetov), a well-known religious leader, was detained on October 8. He is charged with illegal possession of a pistol. Family members believe that the weapons were planted to Nadir and his brother, who was also detained. On October 10, the Kirov Court of Makhachkala pronounced the decision to place Abu Khalid under home arrest for two months. The Dagestani Prosecutor's Office has appealed against the Court's decision and requested to take him into custody.

Today, at the trial, the prosecutor has stated that in case if Medetov "is still provided with unlimited freedom, he can flee" or continue to carry out his activities.

Judge Garunov has pronounced the decision to dismiss the prosecutors' request to take Medetov into custody, and thus he has upheld the decision of the Kirov District Court of Makhachkala on the detainee's home arrest.