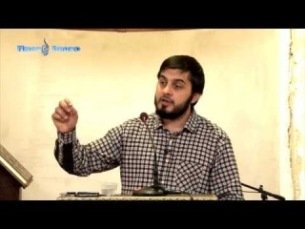 Islamic preacher Nadir Abu Khalid, who has been detained in Dagestan and who is suspected of illegal possession of weapons, is placed under home arrest for two months.

The "Caucasian Knot" has reported that Nadir Abu Khalid (Medetov), a well-known religious leader, was detained on October 8. He is charged with illegal possession of a pistol. His relatives believe that the pistol was planted on Nadir and his brother, who was also detained.

On Friday, the Kirov District Court of Makhachkala considered the pre-trial freedom restriction measure with regards to Medetov. According to Israfil Gadadov, the advocate of the detained Islamic preacher, prosecutors asked to place the detainee under arrest; however, the Court ruled to put the Islamic preacher under home arrest. The advocate has added that he does not intend to challenge the ruling.

The experts, who had been earlier interviewed by the "Caucasian Knot", have emphasized that Abu Khalid is one of the most prominent Islamic preachers among Russian-speaking young Muslims; and his detention may trigger still more tension in Dagestan.