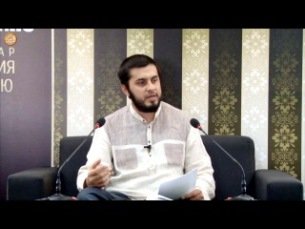 Until present, investigators have not yet filed a charge against Islamic preacher Nadir Abu Khalid, who has been detained in Dagestan and who is suspected of illegal possession of weapons. According to his advocate Israfil Gadadov, the religious leader still remains in the status of a suspect. According to Islamic preacher Abu Kamil Sultan, the Dagestani community "Ahl al-Sunnah" takes efforts "at a legal level" to release the religious leader.

The "Caucasian Knot" has reported that Nader Abu Khalid (Medetov) was detained by law enforcers on October 8. The Islamic preacher was found at the Kirov ROVD (District Interior Division) of Makhachkala. The law enforcers carried out a search in the detainee's household and in the office of the website "Salyaf.ru", which posted video records of the lectures given by Nader Abu Khalid.

On October 10, more than 5000 members of the Muslim community "Ahl al-Sunnah" held collective prayer at the mosque in Makhachkala.

Kamil Abu Sultan has called on mosque-goers to "stop those who will provoke people in mosques for illegal actions."

According to Murad, a member of the community "Ahl al-Sunnah", the situation in Dagestan will deteriorate, if provocations against the community continue.

The "Caucasian Knot" has reported that in May 2012, representatives of the different branches of Islam in Dagestan agreed to resolve disputable matters and disagreements through dialogue.