Mehman Huseynov released, his identity card is taken away 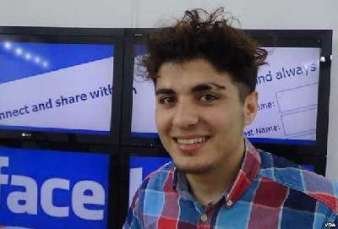 By the end of  Monday Mehman Huseynov was released from the police station, but his  identity card was taken away.

On  1December at noon a  known blogger Mehman Husenov was again arrested and taken to the police. On his Facebook page, he wrote that it happened after he changed his identity in the  ASAN service. According to him, the reason for the detention was that his ID card was blocked and found false. He was not informed who  and on what basis has imposed a sanction.

A similar incident occurred with Huseynov two weeks ago at the Baku airport, when he wanted to fly to Tbilisi. At passport control he was told that his passport was not valid, and was not in the database. From there it was taken in handcuffs to the police for questioning. After hearing it was revealed that the passport is valid, but no apologies  or explanation  were made. Now the situation repeats. Being asked to clarify the situation the ASAN’s  press service promised to  clarify and  give information on the matter later.

On  June 6, 2012 a  lawsuit was filed against Huseynov on charges of hooliganism. After that,  he was several times detained and released,  and was banned from leaving the country.