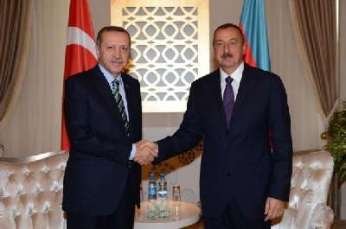 President Ilham Aliyev has today called his Turkish counterpart Erdogan, congratulating him on the occasion of the forthcoming presidency of Turkey in G20. During the conversation, he regarded it as an indicator of the increasing role and authority of Turkey in the international arena, the website of the President.   Aliyev thanked Erdogan for inviting me to the G20 summit next year, which will be held in November 2015 in Antalya. Erdogan, in turn, thanked and expressed his confidence that Azerbaijan has achieved rapid economic development, contribute to the work of this structure. During the meeting, the two leaders discussed issues concerning bilateral relations and ways to solve the Karabakh conflict, according to the same source.