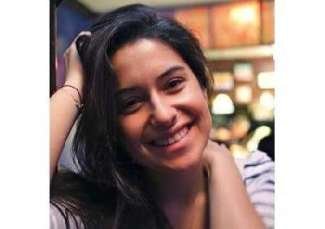 Arzu Geybulla, a journalist and blogger in Turkey, wasn’t entirely surprised when she became a subject of an intimidation campaign on social media on an October night.

"When you have a voice and saying something [that] officials don’t like there will always be ways of getting back at you. Especially in countries where regimes are not necessarily democratic… This is why I wasn’t surprised when I was virtually attacked," Geybulla said in an interview.

Dozens of tweets posted by users from Turkey and Azerbaijan initially accused the blogger in working for the next-door neighbors — Armenians, who are seen as "historic enemies” in both countries.

Soon, the accusations were replaced with "aggressive and insulting language,” as Geybulla puts it, followed by series of hostile articles by pro-government media attacking her family, friends and then… death threats.

"I have been scrutinized for many years now, pretty much since I started blogging. The death threat though was something new… That I never experienced, so imagine my surprise when I received the first death threat via Facebook,” she said.

Azerbaijanis Strive to Build Civil Society Away from Home