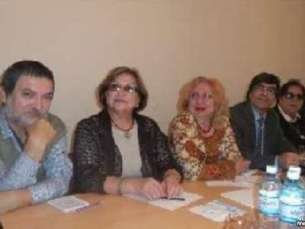 Human rights activists, members of the Working Group (JWG) on Human Rights, expect an order for clemency from the President in the coming days.

As the head of the Society for Women's Rights Novella Jafaroglu told Turan, the order may be signed on 26 or 27 December.

According to her, JWG activists submitted a list of 27 political prisoners to the Commission for Clemency. In the list there are 6 activists of NIDA, the leader of REAL Ilgar Mamedov, the Deputy Chairman of Musavat Tofig Yagublu, the former Health Minister Ali Insanov and others.

In addition, human rights activists appealed to the law enforcement agencies to replace the preventive measure of arrest by house arrest for Leyla Yunus, Khadija Ismayilova, Intigam Aliyev and other activists.