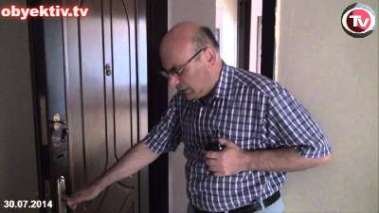 On January 12 a well-known historian and conflict expert Arif Yunusov is 60 years old. He meets his birthday in the prison of the Ministry of National Security (MNS).

Arif was arrested on August 5, 2014, five days after the arrest of his wife Leyla Yunus. They were accused of treason, fraud, illegal entrepreneurship and tax evasion.

Arif Yunusov and Leyla Yunus have been recognized prisoners of conscience by Amnesty International.

All time after the arrest Arif Yunusov has refused to testify and has not pleaded guilty. As his lawyer Afghan Mammadov told Turan, no investigative actions on the case are carried out. Last time he visited Arif at the end of last week. He feels well, but he is very worried about the state of his wife.

Term of Arrest of Arif Yunus Extended for Five Months