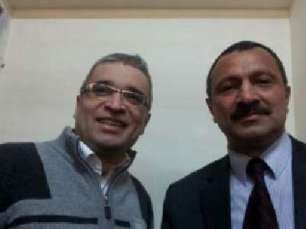 On Tuesday a Supreme Court, chaired by Imran Hajibayov, started hearing in the case of the leader of REAL Ilgar Mamedov and deputy chairman of the party "Musavat" Tofig Yagublu convicted in connection with the events in Ismayilli region  on January 2013. The lawyers for both convicts called upon to render acquittal.

According to the lawyer Nemat Karimli,  their guilt was not provide nor during the investigation, nor in court. There is not offense in their actions,  and there is not any event itself as a crime.

Kerimli also said that the indictment says that Yagublu  committed unlawful acts by his "rebellious thinking." "How can a man be judged for his thinking? This in itself proves the political nature of the case," said the lawyer.

Another lawyer, Fuad Agayev also pointed to the illegality of the arrest of his client

Ilgar Mamedov, noting that the European Court of Human Rights found a violation of the rights of Mammadov under Articles 5 and 18 of the European Convention.

Agayev pointed to an interview with the former head of Ismayilli Nizami Alekperov, who on January 24 spoke about the absence of disturbances in the city and tranquility. This interview was given during his stay of Mamedov and Yagublu in the city.

Agayev also pointed to the violation of his rights as a defender when the trial judge fined him 200 manat for the implementation of legal rights. After the speeches, the lawyers, the court decided to postpone the hearing for an indefinite period, to allow judges to examine the case.