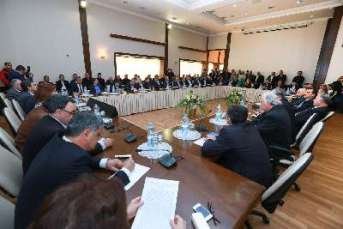 A  roundtable organized by National Council of Democratic Forces (NCDF) resulted in the adoption of a resolution calling on the authorities of Azerbaijan and the EU to sign  an agreement on association and free trade relations. The resolution noted that even first Democratic Republic of Azerbaijan 1918-20 showed interest in cooperation with Europe.

The  resolution focused  on the socio-political situation in the country, where there is a serious gap in democracy and human rights, about 100 political prisoners.

Official Baku, based on their interests of keeping authorities do not show interest in European integration, and do not  conduct radical reform required for this.

At the same time, European integration is the only way out of the "quagmire” in which the country finds itself.