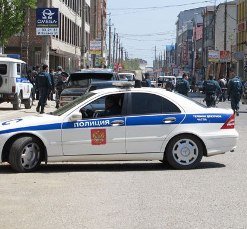 Sapiyat Magomedova, an advocate from Dagestan, has appealed to the European Court of Human Rights (ECtHR) to start communication in her complaint against the law enforcement bodies for delaying the investigation into the case of her beating in 2010.

The "Caucasian Knot" has reported that, according to advocate Sapiyat Magomedova, who was engaged in numerous resonance trials in Dagestan, on June 17, 2010, she was beaten by two policemen from Khasavyurt. The policemen claimed that the advocate attacked them. The criminal cases were instituted against both sides. Later, the cases were combined into one and eventually closed.

"Since the criminal case against the policemen, who used violence against her, has been closed, Sapiyat Magomedova is deprived of the opportunity to obtain judicial consideration of the case, conviction and punishment of the persons responsible for inflicting her injuries and for her long stay at hospital. Under Russian law, in this case, the complainant does not have any right to compensation," the document states.